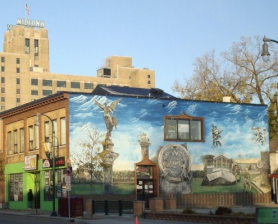 Tim Hart is the owner and founder of Hart Law Office, PLLC.

Tim is an attorney practicing exclusively in the area of immigration law.  It was a fascination with immigration that first led Tim to the study of law.  Prior to opening Hart Law Office, he worked as an associate attorney at one of the Twin Cities’ largest immigration law firms, served as a judicial intern at the Executive Office for Immigration Review (Immigration Court) in Bloomington, Minnesota, and volunteered with the Centro de Derechos Laborales.  Tim lives in South Minneapolis with his wife, Fernanda, and their two children.